Nigerian actress, Uche Nnanna, has described polygamy as the last thing you can wish even your enemy.

Uche made the statement in reaction to the ongoing drama between Yul and May over his decision to marry his second wife, Judy Austin.

The actress explained that polygamy is always contentious because the second wife and her children will always feel like they are at war with the first wife.

Meanwhile, Nollywood actor, Yul Edochie, has tendered a public apology to his first wife, May Edochie, for marrying another woman after he impregnated her.

In another news, Judy Austin, has reasserted her position as the wife of Yul Edochie, a day after the actor apologised to his first wife, May, for marrying a second wife.

”BBNaija relationships are a big scam” – Mercy Eke
Next Article 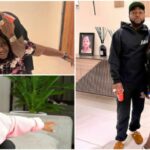