Weeks after the Independent National Electoral Commission (INEC) declared Senator Ademola Adeleke winner of the Osun state governorship election, the All Progressives Congress (APC) says it is contesting the outcome of the poll.

Adeleke, the Peoples Democratic Party (PDP) candidate in the election, secured 403,371 to defeat the incumbent governor and candidate of the APC, Gboyega Oyetola.

Governor Oyetola, who failed to congratulate Adeleke after the election, said his party was studying the election’s outcome.

Addressing journalists in Osogbo on Thursday, August 4, 2018, the APC state chairman accused a faction of the party loyal to the Minister of Interior, Rauf Aregbesola, of working for Adeleke.

“We are going to the tribunal. Our lawyers had informed us that we have good reasons to challenge the results of the election at the tribunal,” he declared.

Meanwhile, INEC has since presented Adeleke with the Certificate of Return in accordance with the law. 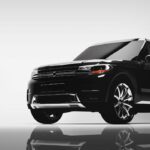 Finance Minister Speaks on N1.4B Purchase of SUVs for Niger Republic
Next Article