Governor Nyesom Wike of Rivers State says he has no plans of leaving the People’s Democratic Party (PDP).

Wike stated this while speaking at the commissioning of the Nkpolu-Oroworokwo flyover in Port-Harcourt on Thursday, November 17.

Wike has been at the other end of things with his party after he lost the PDP presidential ticket to Atiku Abubakar.

Speaking at the event, Wike hailed Peter Obi, presidential candidate of the Labour Party, for dumping the PDP.

The Rivers state governor, however, maintained that he would remain in the PDP to chase the “armed robbers” away.

“I know the humiliation you suffered. Nobody will hear what you pass through and stay in the party but I will not leave. I will stay and fight,” Wike declared.

“So, thank God because if you have not left, you would not have realised your ambition to be able to save Nigeria,” Wike told Obi.

Wike announced the commitment of the state government towards proving logistics support for Obi’s presidential campaign in the state. 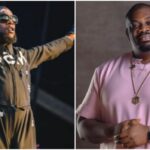 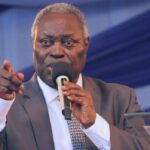