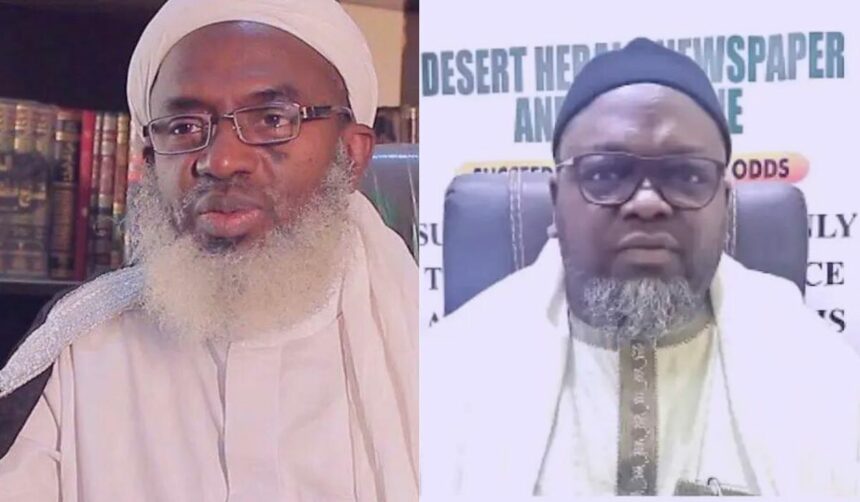 Gumi made the allegation while reacting to the arrest of bandits’ negotiator, Tukur Mamu.

Mamu was arrested in Cairo over alleged connections with some Egyptian terrorists and racketeering of over two billion Naira in ransom.

Gumi believes that the handling of Mamu’s case may leave a sour taste in the mouths of Nigerians whenever they remember the administration of President Muhammadu Buhari.

“Take him to court to face trial. Keeping him in custody despite being a family man was just to intimidate him. This intimidation is also terrorism. Arresting people unjustly is also terrorism; just like the terrorists do by going to somebody’s house to kidnap him,” Gumi told Daily Trust.

The Islamic scholar urged the DSS to immediately release and apologize to Mamu.

“How can we continue in this situation under a government that is about to wind up? Our hope is for them to finish successfully not in a bad light. It’s not about Tukur Mamu, you all know that whenever they arrest innocent people, I always talk, not to talk of someone that I know and I’m only advising the government to release him so that we can apologize to him to forget what happened.”

Mamu, a Kaduna-based publisher, is also a known ally of Gumi.

Shettima: Atiku is a political tourist… We’ll retire him to Dubai