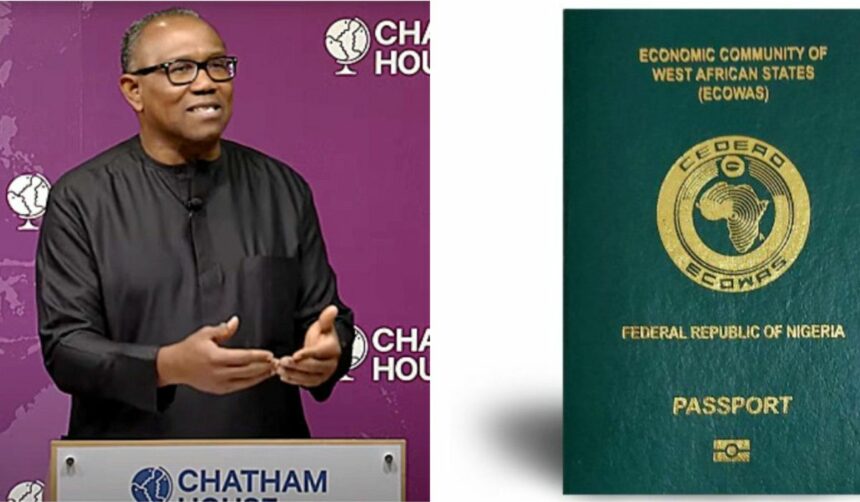 Peter Obi has stated that if elected as the next president of Nigeria, his administration will restore the lost glory of the Nigerian passport.

The Labour Party flagbearer revealed this while speaking at the Chatham House on Monday, January 16, 2023.

The former Anambra state governor said many Nigerians who are leaving the country in search of greener pastures abroad will return when the green passport becomes the pride of citizens.

READ ALSO: Obi mobbed by supporters in Enugu after delivering lecture in NSUKKA as Nigerians react

“Nigerians are prepared to come back if they can find that they have a country to go back to, this green passport, people must be proud to use it.”

Meanwhile, the All Progressive Peoples Congress have faulted the performance of Labour Party’s presidential candidate Peter Obi at Chatham House.

The ruling party claimed Obi was having a hard time comprehending his manifesto while delivering his speech.

APC’s Media Officer Adamu garba tweeted “While struggling to read from Teleprompter like a primary school comprehension student, Peter Obi appears not to understand what his shabby team put down from his cut-and-paste manifesto.

“Maybe the manifesto was drafted and written in Bangladeshi language.” 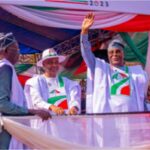 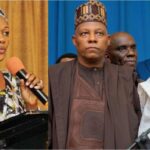