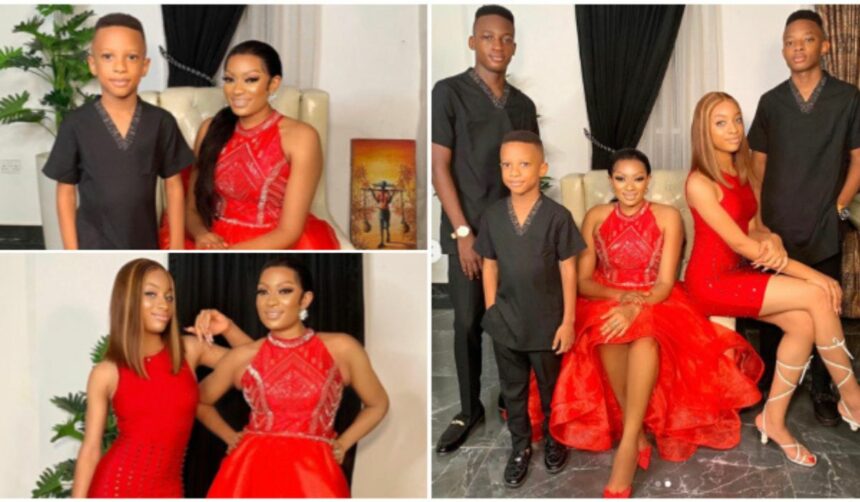 May Edochie, the first wife of popular Nigerian actor, Yul Edochie, has shared some beautiful Christmas photos with her kids.

The mother of four and her daughter were dressed in red dresses, while her three sons were dressed in black shirts and black trousers to match, as seen in a post on Instagram.

May described herself as a queen who was taking photos with her princess and the boys.

“Merry Christmas! The Queen, her princess and the boys.”

However, her husband, Yul was obviously absent from the family’s Christmas photo.

In another news, Nigerian actress, Judy Austin, has reasserted her position as the wife of Yul Edochie, a day after the actor apologised to his first wife, May, for marrying a second wife.