Ahead of the 2023 general election, the Christian Association of Nigeria (CAN) has presented a list of demands to Atiku Abubakar, presidential candidate of the Peoples Democratic Party (PDP).

According to the Christian body, the strategy document would address the crises of development in Nigeria while promoting peace across the country.

Speaking on behalf of the group at an interactive session with presidential candidates in Abuja on Tuesday, Archbishop Daniel Okoh, the CAN president, urged Atiku not to reverse the Ruga policy of the Muhammadu Buhari administration.

The Christian leader further called for the reversion of laws that would prevent communities from having access to natural resources in the areas like water, rivers and forests.

“No to Ruga, yes to ranching, Education and free healthcare to all Nigerians (including Almajiri); No open grazing (rather modernization of animal husbandry) and Local control of local economy, including waters, rivers, and forest,” Okoh said.

Okoh noted that a fully decentralized police authority, clear and unambiguous religious neutrality of the Nigerian state through the removal of constructional references to religion and the use of religious symbols in all national legal materials and symbols, like the currency, etc., would provide a sense of inclusion for other groups within the country.

He charged Atiku on respect for the rule of law and enforcement of fundamental, social and economic rights of all Nigerians.

In his remarks, Atiku noted that CAN’s strategy paper shares striking similarities with his manifesto.

The PDP presidential candidate promised to implement key recommendations in the document if elected president in 2023. 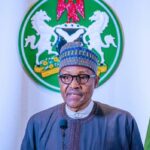