Babachir Lawal, former secretary to the government of the federation, says Christians in Nigeria’s northern region will vote for Peter Obi, Labour party presidential candidate, over others in the race.

Lawal stated this in an interview with ChannelsTV on Thursday, November 24.

The former SGF noted that the Muslim-Muslim ticket proposed by the All Progressives Congress (APC) was a decision made to spite Christians.

He maintained that Bola Tinubu, All Progressives Congress (APC) presidential candidate, would not secure 25 percent of votes in Kebbi, Zamfara, Kano and Yobe.

“My thinking is that Bola (Tinubu) will not get 25% in Kebbi, Sokoto, Zamfara, Kano, Yobe, maybe Borno 25%, maybe. No Hausa-Fulani state, it goes nowhere. Now he has antagonised the Christians, so he loses. He will get the South-West because of affinity and ‘it’s our turn’ syndrome. Atiku will clear most of the northern states,” he announced.

Lawal noted that an Obi presidency would restore peace to the country and “wean” Nigeria from oligarchy.

“There are still some Christians who are hanging around the APC, of course; whatever is their reason, we don’t begrudge them. Some are in the PDP. Average Christian rank and file in the north, they are Labour Party,” he said. 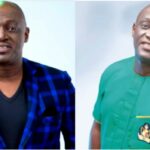