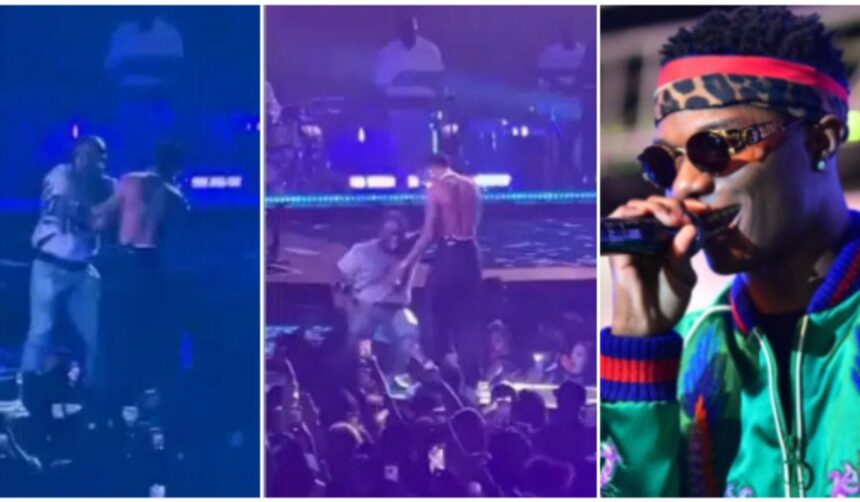 A trending video has captured the moment an excited fan jumped on stage to hug Wizkid during a concert at the Madison Square Garden concert in New York.

The invader, a man, climbed on stage, knelt and tried to hug the singer who was thrilling the audience with his songs.

However, Wizkid moved away from the fan and continued singing for the crowd. Upon realising that the singer had stepped aside, the man stood up and attempted to start dancing on stage before being dragged off stage by bouncers.

But Wizkid showed maturity by signalling to the bouncers to handle the invader mildly.

In a video posted on Instagram, the singer was seen telling Wizkid backstage that he has never experienced such a kind of vibe in Madison Square Garden before. 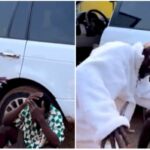 Portable attacks his signee, Manny Monie, for allegedly using another distributor
Next Article 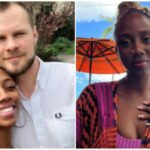 Dancer Korra Obidi finalises her divorce, says she is looking for love