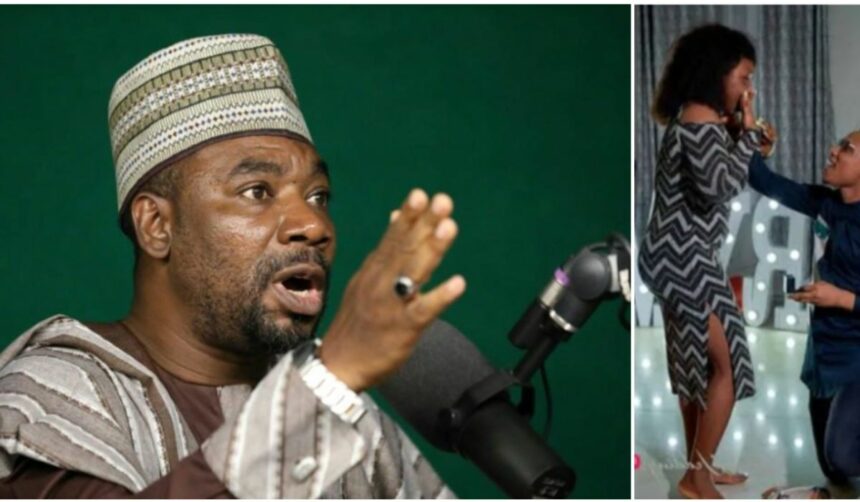 Nigerian media personality Ahmed Isah, popularly known as Ordinary president, has said it is wrong for a man to propose to his girlfriend kneeling.

The anchor of the brekete family show made the statement during one of the episodes of his show, as depicted by a video shared on Instagram.

He argued that any man that kneel down and propose to his girlfriend is finished.

“For those una kneeling down for una wife, you are finished. It’s not African to kneel down and propose to a woman and say, please, will you marry me. No

“From there, you don show who will marry you, Na she marry you, no be you marry am.”

In another news, wedding bells are around the corner for Big Brother Naija star, Chukwuemeka Okoye, popularly known as Frodd, who recently proposed to his girlfriend, Chioma.

A video of the romantic moment, which was shared on Twitter, showed Frodd and his girlfriend dressed in white as he knelt on one knee with a ring in his hands.

After her asked her to marry him, he slid the ring on her finger, then stood up and kissed her.

Shortly after the proposal, the couple posed for pictures to celebrate the happy moment.

BBTitans: “I have 7 lovers:”– housemate Jaypee speaks on her love life
Next Article 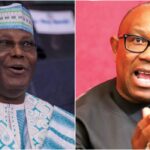 Atiku devices new strategy to defeat Obi in his backyard